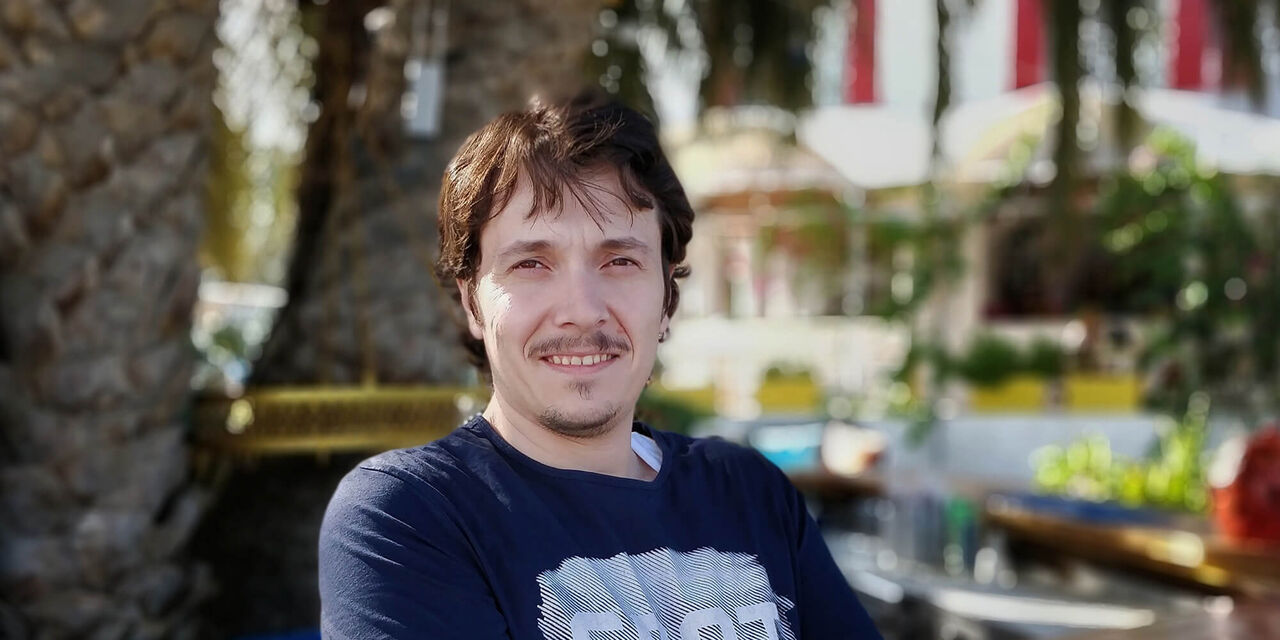 More pictures and the text in Turkish language can be found below. // Türkçe daha fazla fotoğraf ve metni aşağıda bulabilirsiniz.

The thrilling story of Aiham Khouja

Aiham Khouja was born in April 1989 in the Syrian capital of Damascus as the youngest of three brothers. Having graduated from high school and university he wanted to start his professional career. However, the political situation forced him to take serious consequences. He had to flee from his home country Syria and had to turn over a new leaf. Here comes the thrilling story of a colleague who in the meantime has achieved so much with our subsidiary Farel Plastik A. Ş. in Turkey and who feels really well there.

When Khouja was seven years old, his elder brother convinced their parents to buy a computer. As both parents worked as teachers, they considered the high costs a sensible investment in their sons‘ education and prospects. The thirty-year-old describes this moment as a turning point in his life. From then he intensively dealt with his new computer, learned how to handle it and discovered his passion for technology. His father who realized his passion sent him to computer courses. At the age of 13 Khouja already mastered the Microsoft programs Excel and Access and was about to learn the programming language VB6. “I was able to program simple games. Dealing intensively with information technology turned my passion for it into real love”, remembers the 30-year old.

After he finished school, Khouja began to study at the university. However, his marks being not good enough for studying IT at university and studying at a private university being too expensive, he decided to study English first. The internet became more and more famous and available at this time and Khouja realized that the English language would open doors for him and provide him access to free knowledge. He dealt with European literature and broadened his mind. He worked part-time to support his parents with the tuition fees and to buy his first own laptop.

Upon his Bachelor degree in 2010 Khouja worked for the German car rental company Sixt in Damascus and also in Qatar for a short time. In the evenings he gave English lessons. When he returned from Qatar to Syria, life started to get complicated. “It is incredible how people can adapt to new situations“, reports Khouja. “Despite the war and missile impacts people went to work as usual – as if there was nothing to worry about.“ He found himself in life-threatening situations time and again. “On my way to work a missile exploded just a few meters away from me. I ran into a building and waited for just a few minutes before I walked on. Life had to go on.“

People had to dispense with many things in everyday life, such as heat sources in winter, fuel for cars, or gas for cooking. Sometimes it was almost impossible to find some bread. Khouja remembers that electricity was available for not more than four hours a day, which made it hard for him to learn. However, he couldn’t be stopped. As soon as the electricity worked, he charged battery packs to be able to use his computer and the WI-FI router later, so he nevertheless learned a lot in 4.5 years he spent during the war in Syria. Khouja intensively studied android program development and the programming language c#.

He learned using free sources, such as YouTube, and is grateful that he lives in times in which information is available on the internet free of charge. He launched his first app in 2013 followed by many more, sometimes more and sometimes less successful ones. “The point is that with each app I have learned something new”, says Khouja. He enrolled in the Master program of Business Administration at the Syrian Virtual University which he wanted to graduate in. However, due to the war the young man had to leave his home, family, and wife in September 2015.

All but an easy step

In order to seek shelter from the civil war in Syria, Khouja decided to escape to the neighboring country Turkey. He had no clue about the Turkish language when he headed for Istanbul to stay in a hotel for the first night. The next morning he did not know where to go and contacted an old friend who he knew lived in Turkey. The friend invited him to come to Çerkezköy, which is some 100km west of Istanbul, to stay with him. The refugee immediately searched for a job and started to work as an English teacher at a private school. There he could compensate his lack of Turkish language skills by his good English language skills. He taught English for two years and rent his friend’s house who had moved to Istanbul with his family. Very luckily, his spouse could follow him to Turkey after a couple of months and the two were together again. Shortly after, it was only possible to enter Turkey by visa so Khoujas parents could not follow him as they did not have an entry permit. Khouja in turn could also not return to Syria as the military would have recruited him immediately. To avoid being recruited he has to stay abroad for at least four years and has to pay a high four-digit sum.

“In my second year as a teacher I got a call from Farel Plastik A.Ş., which planned to offer English language courses to their employees“, says Khouja. There he got to know Derya Altınönder, head of finances and administration, who employed him as a teacher for English. For half a year he gave English lessons at school in the mornings and at Farel in the afternoons. He got fond of the familiar atmosphere in the company and hoped for a permanent employment. So he informed Altınönder of his abilities in information technology and strived for an employment in the IT department. As there was no open position to be filled, the company offered him a job in accounting instead. Altınönder and team manager Emre Yildirim trained him on the job in May 2017: “Both colleagues were extremely helpful and patient with me“, says Khouja gratefully.

“Step by step I was given the chance to bring in my IT knowledge“, explains Khoja. He wrote a code to improve the in-house system for resource planning (ERP) and simplified many complex processes to save valuable working time. “I have succeeded in reducing the time expenditure of my job as a bookkeeper by some 30 percent and have started to write macros for my colleagues and other departments“, he says happily.

Khouja is very grateful that Farel gave him the liberty to use his abilities across the departments and to do what he loves to do and to become more productive. He continued studying and got a Google scholarship for android development which he completed as one of the best 10%. He continued programming apps. He plans to develop further projects for Farel to make processes even more efficient and to generate informative data together with his colleagues.

“When I came to Turkey I worried much not to be treated well as a refugee”, says the 30-year old. “However, I was completely wrong to worry. All people were very friendly and still today I am treated like a guest. When visiting a restaurant together with my colleagues, I as a guest am not allowed to pay“, reports Khouja. This makes working for Farel so special to him. “The familiar atmosphere alleviates my aching heart as I do miss my family much.“ The Syrian pursues three major targets this year: firstly, he wants to visit his family, secondly, he wants to become a professional developer of android applications himself, and thirdly, he wants to learn more about artificial intelligence and data evaluation. Aiham Khouja is grateful to all people who influence his life positively. “I feel deeply indebted to my wonderful parents, my wonderful wife, my colleagues, and the management of Farel as well as all the others who have helped me in any form“, he says and looks ahead positively. 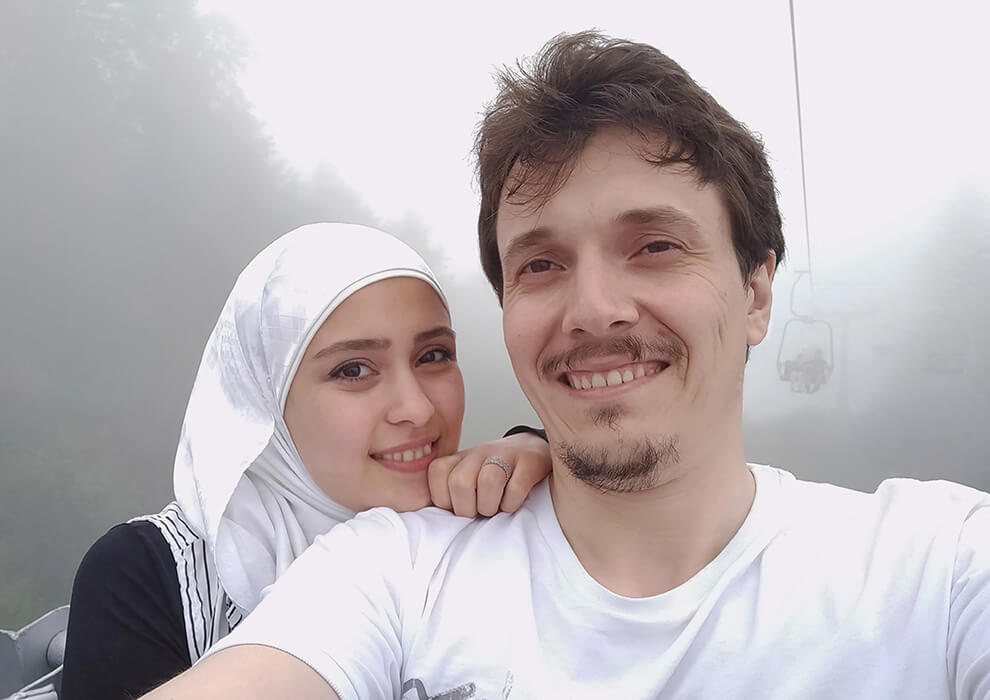 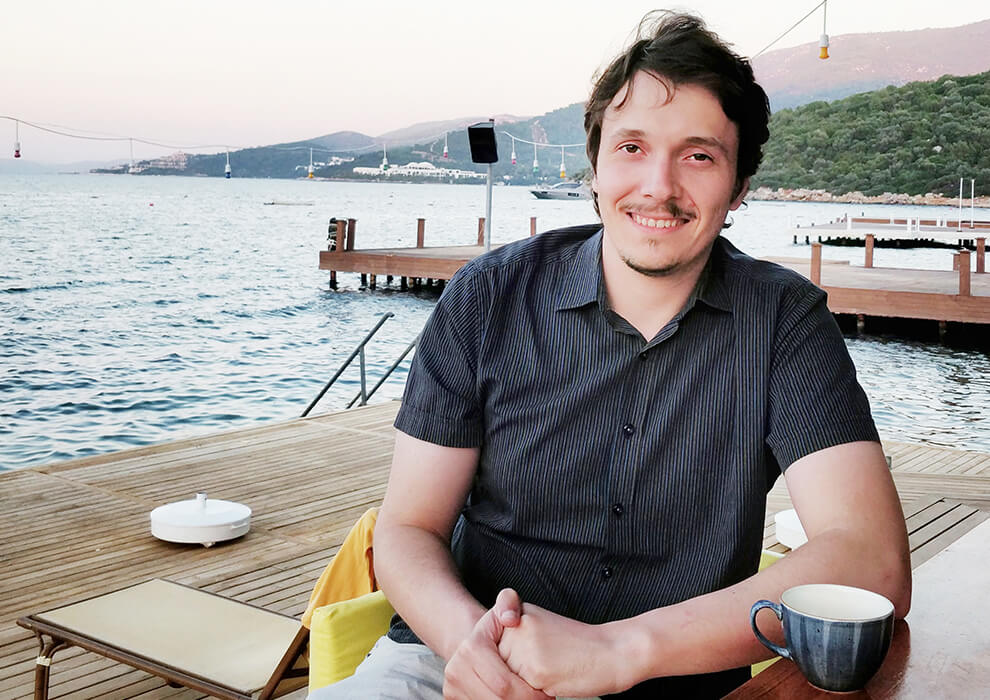 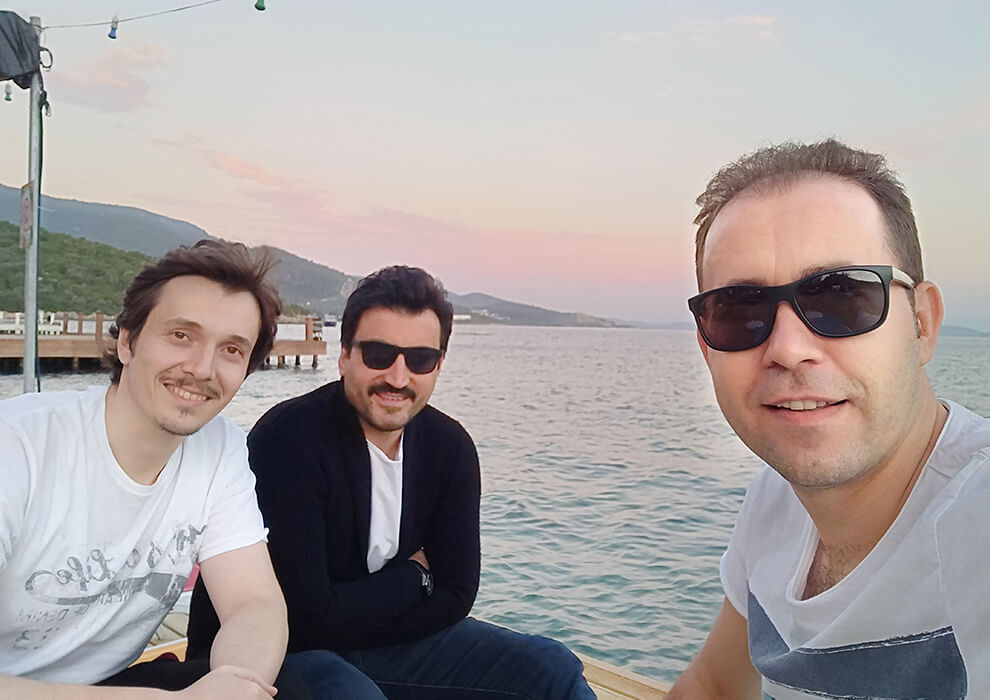 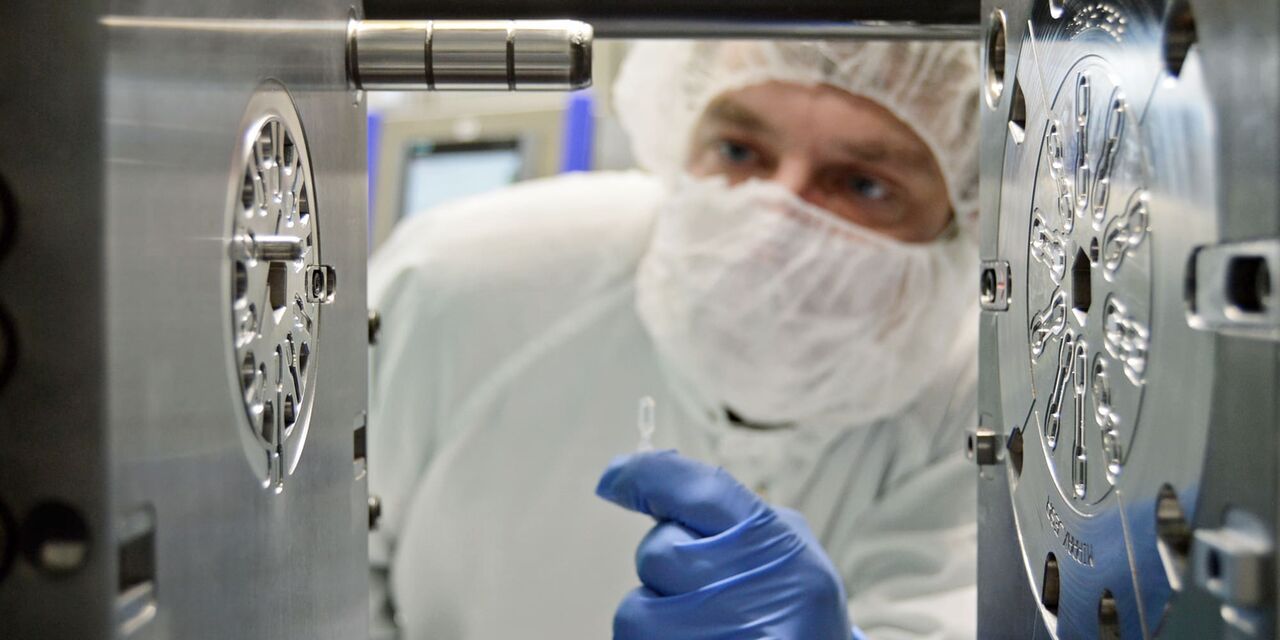 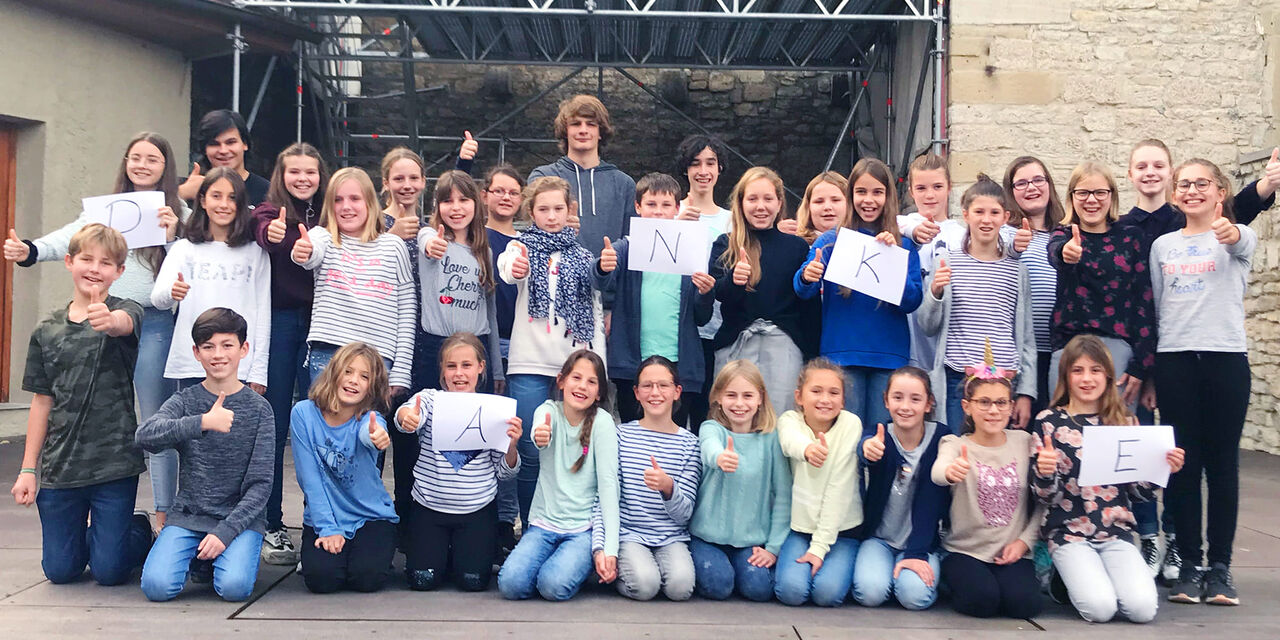 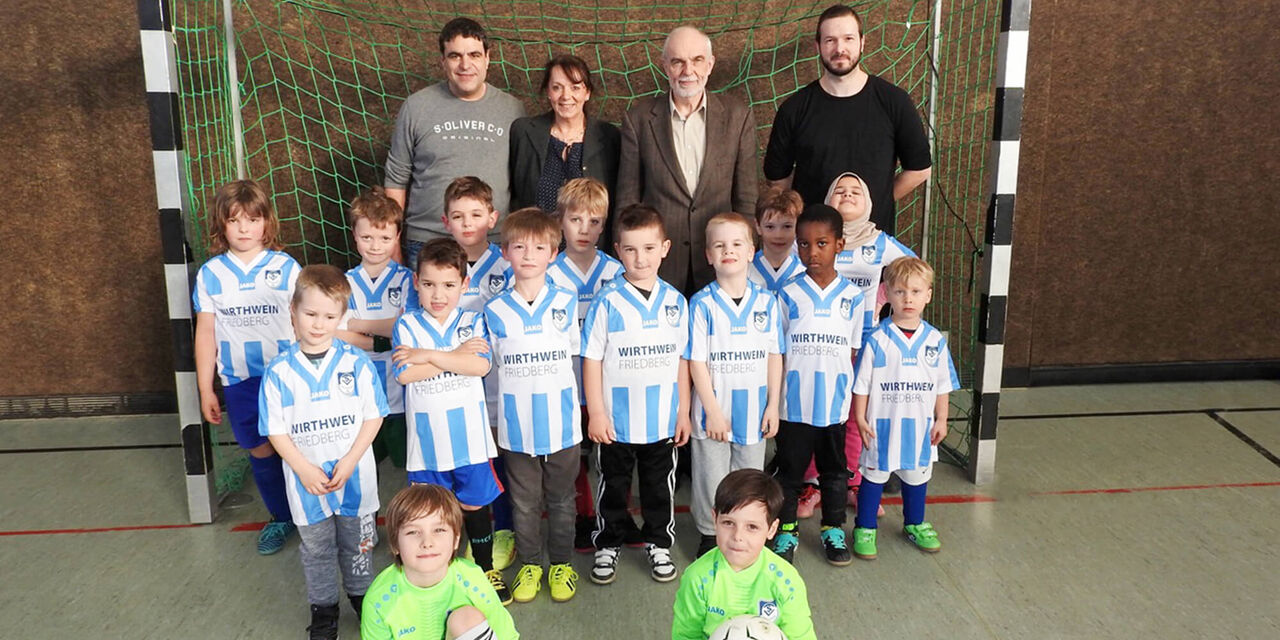