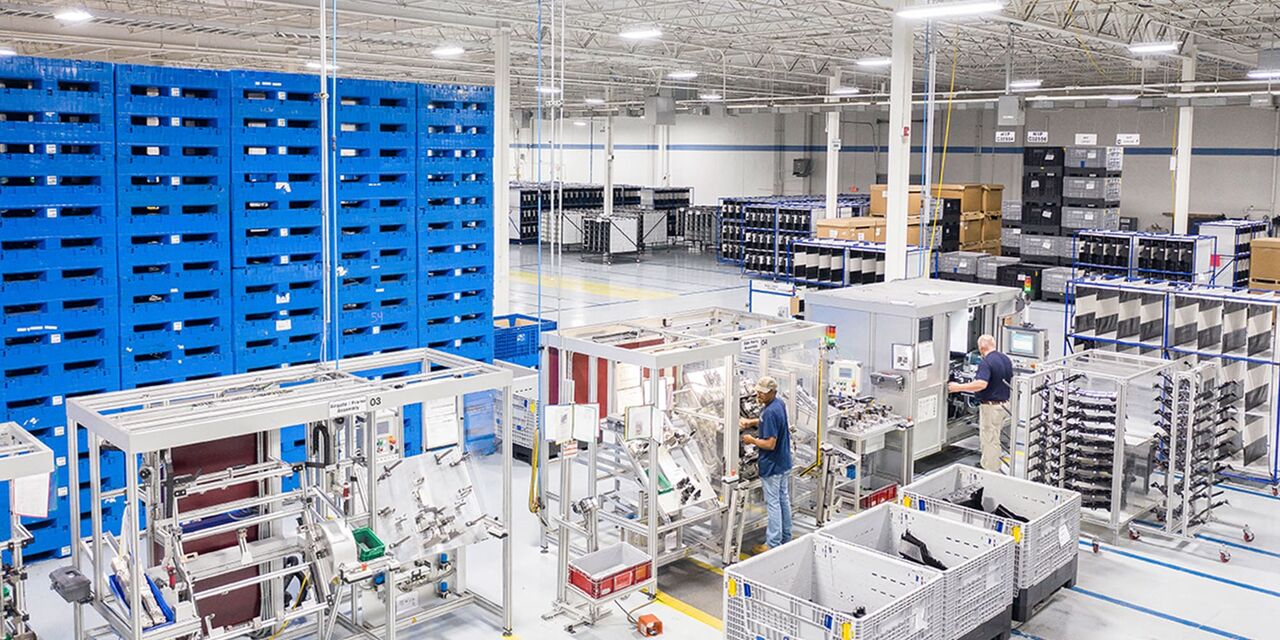 View of the production facility of Wirthwein's US subsidiary in South Carolina.

The US subsidiary in South Carolina celebrates its tenth anniversary

Fountain Inn, SC. With the aim of securing the long-term competitiveness of the plastics processor Wirthwein on the North American market, "South Carolina Plastics, LLC.", the second subsidiary of the Wirthwein Group in the USA, was founded in September 2012. The 16th subsidiary, located in the US state of South Carolina, was founded ten years ago. Good reason for the workforce to celebrate in the small town of Fountain Inn with its almost 8,000 inhabitants in Greenville County.

A nomination of the Wirthwein subsidiary in New Bern, North Carolina, which had already been in existence since 2003, for the production and assembly of two engine cooling assemblies gave the group of companies the impetus to set up a second subsidiary in the USA. The Wirthwein components were installed in the vehicles of a renowned Bavarian automotive group. The geographical location of the two plants seems very close on the world map, but in fact there are about 350 miles, the equivalent of about 560 kilometres, between the two Wirthwein locations. The establishment of the additional location in South Carolina promised not only logistical advantages and an important contribution to resource conservation, but also good prospects for the future: Fountain Inn is close to numerous potential - and in the meantime also existing - customers. Today, around 60 employees produce numerous plastic components for the automotive industry as well as fastening parts for a major customer in the railway business field on nine injection molding machines and a total area of 11,500 m2.

A look into the past

After acquiring a vacant industrial building, Wirthwein began producing plastic components for an engine cooling assembly for a major customer based in Spartanburg on five injection molding machines with clamping forces of 160 to 1,000 tons in February 2013. This was the first time in the history of the Wirthwein Group that a customer in the automotive industry was supplied using the just-in-sequence (JIS) process. Due to additional projects from existing and new customers in the automotive business, production was expanded in the following year by three additional injection molding machines with clamping forces of 500, 1,000 and 1,700 tons. In order to increase the efficiency of production and JIS supply, the processes in production and logistics were continuously optimized and adapted to the requirements of new customers acquired in the course of the last ten years.

In addition to the successful implementation of many process-oriented and technical optimizations, the focus was on advanced employee training and development. The optimization and qualification measures paid off in 2019: For the first time in its history, the company supplied the Tennessee-based production site of a major automotive group directly as a Tier 1 supplier. In addition, the sales team was able to open up another business field for the U.S. site with a nomination for the production of various injection molding components for railroads.

With nominations for three major projects in the automotive sector, the positive trend of the previous year continued in 2019. Around the turn of the year into 2020, the first effects of the Covid 19 pandemic made themselves felt in the operating results of the now renamed US subsidiary Wirthwein Fountain Inn, LLC. The past year of 2021 was also challenging for the workforce of the U.S. subsidiary. Due to the global shortage of resources, skyrocketing raw material and energy prices, as well as the shortage of semiconductors and hardly deliverable TPU granules in particular, call-offs in the automotive sector were comparatively low, and it was also not possible to produce as planned for the plant's second business segment, railroads. The finalization of several new projects nevertheless allowed plant manager Ericka Hackl to look to the future with confidence.

Today, Wirthwein in South Carolina manufactures, among other things, fans and frames including the assembly of these modules, complex plastic components with various overmolded inserts for the hood release, and components in the front area including air intakes. Starting 2024, the portfolio will be expanded by window frame paneling and associated mirror triangles.

A look into the future

"Especially in challenging times, it is valuable that I as plant manager can rely one hundred percent on my team," says Ericka Hackl. Through numerous events and joint activities, the workforce at the South Carolina plant has grown closer together over the past decade. Various projects carried out in cooperation with local schools or the Office of Career and Technical Development, among others, created a good basis for the plant to continue to rely on a strong team in the future. The change of name from "South Carolina Plastics, LLC" to "Wirthwein Fountain Inn, LLC" also enables the US subsidiary to benefit even more from the recognition of the "Wirthwein" brand in the plastics industry, so that the course for the company's further success has been set. In the future, the plastics specialist intends to roll out the complete Wirthwein range of parts, including system assemblies, even more strongly in the USA, expand the customer base and also increasingly address US OEMs. In any case, there are opportunities for expansion, so that the course has been set for the next decade of successful company history.

Wirthwein is now using the upcoming tenth anniversary to thank the local network of authorities, schools and further education providers as well as the public in Fountain Inn for the good cooperation. Above all, however, the Wirthwein family business would like to express its heartfelt thanks to all employees at the plant. Within the framework of an anniversary celebration in August 2022, the company will look back on the past ten years and toast to a successful future. 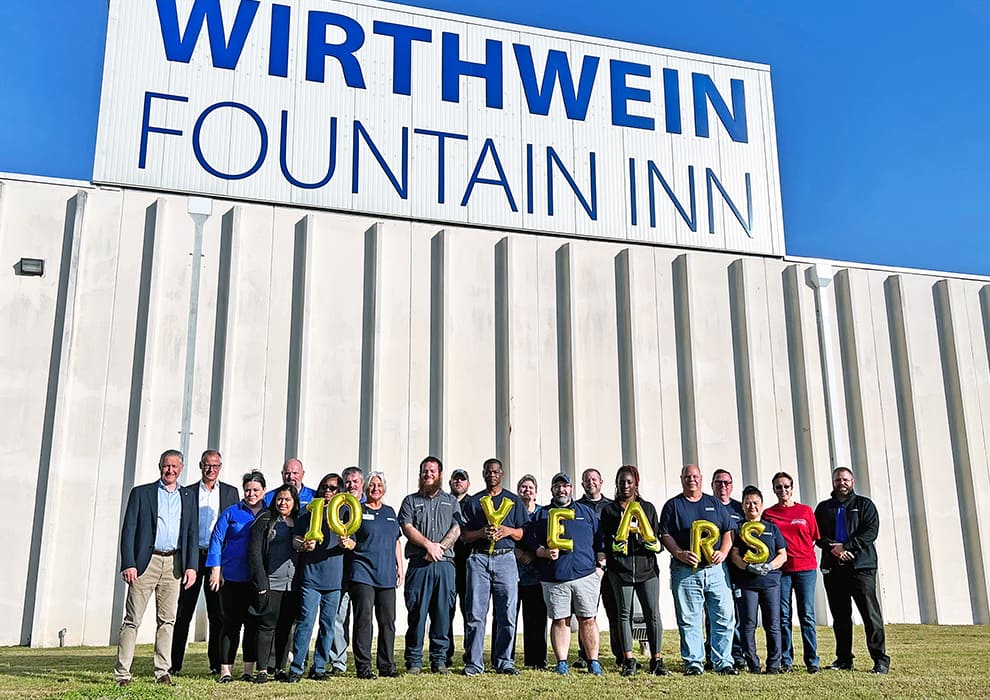 Part of the workforce of Wirthwein Fountain Inn, LLC during the visit of the two board members Marcus Wirthwein and Holm Riepenhausen (left) in April 2022 in front of the building of the plastics specialist in the US state of South Carolina. 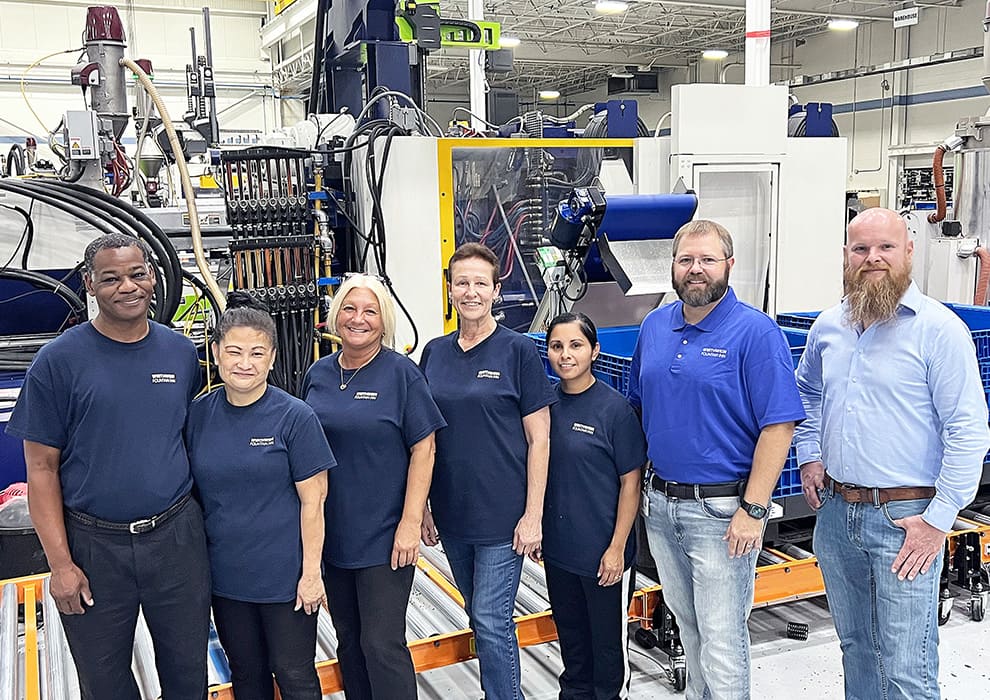 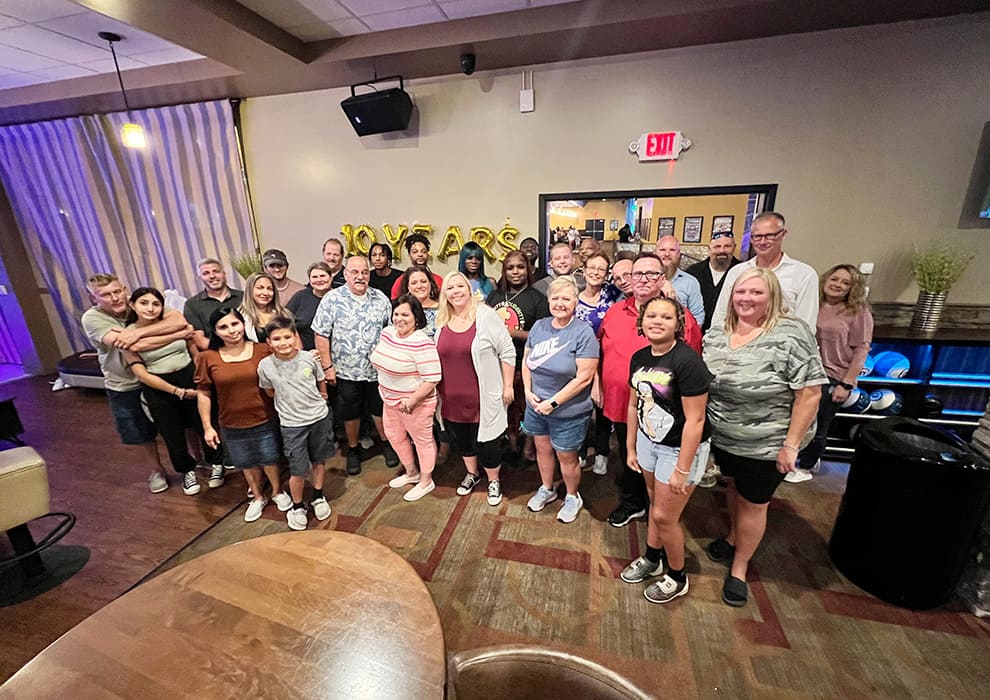 The Fountain Inn team at the anniversary celebration in August 2022. 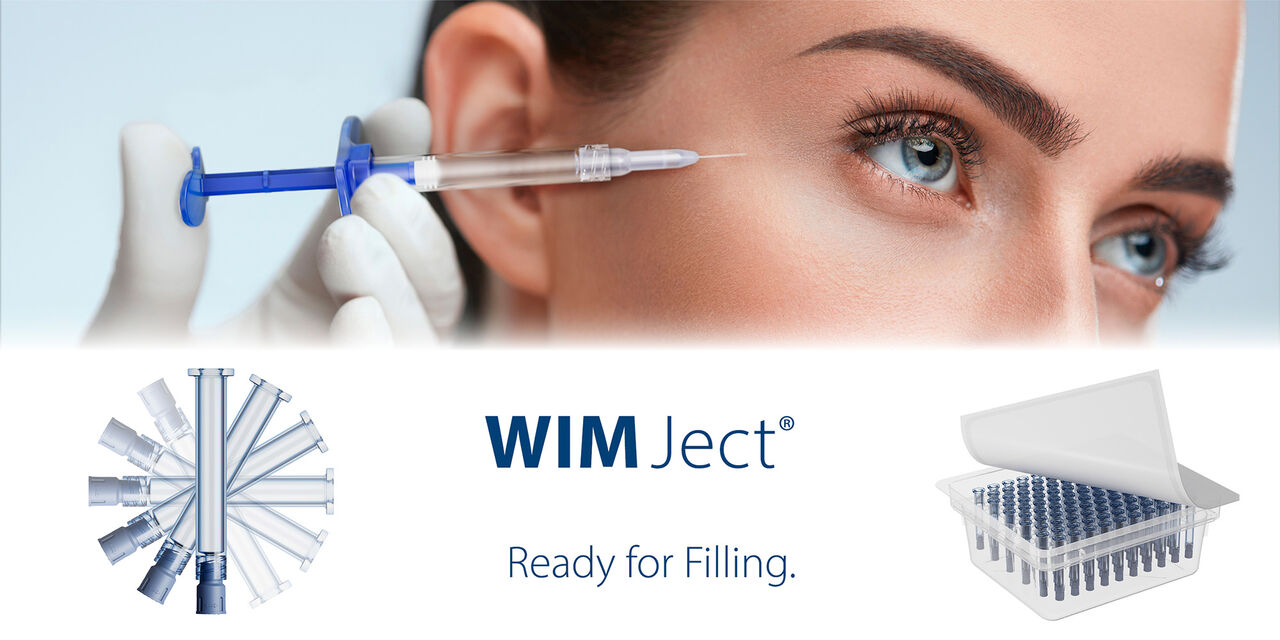 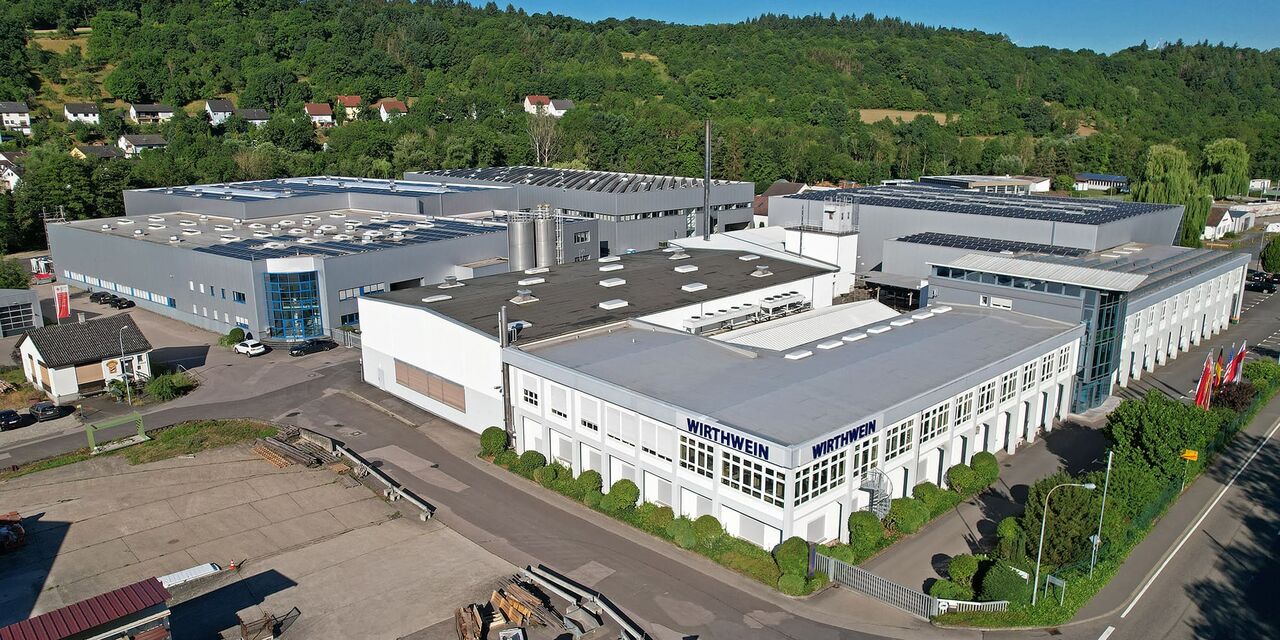 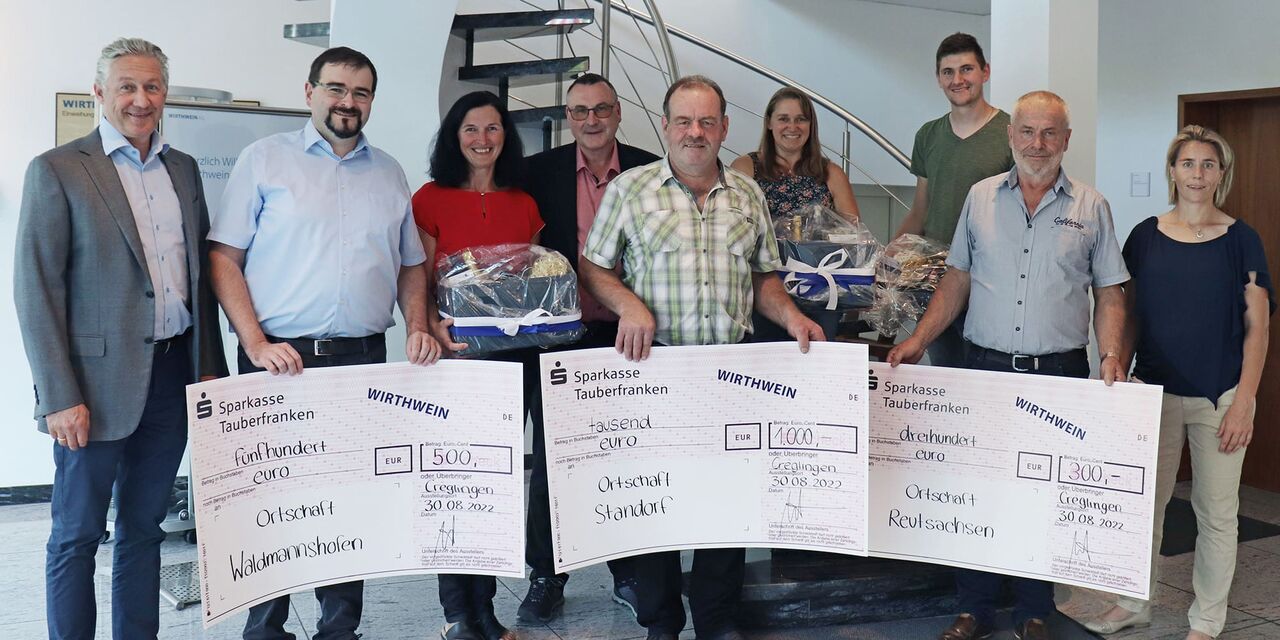