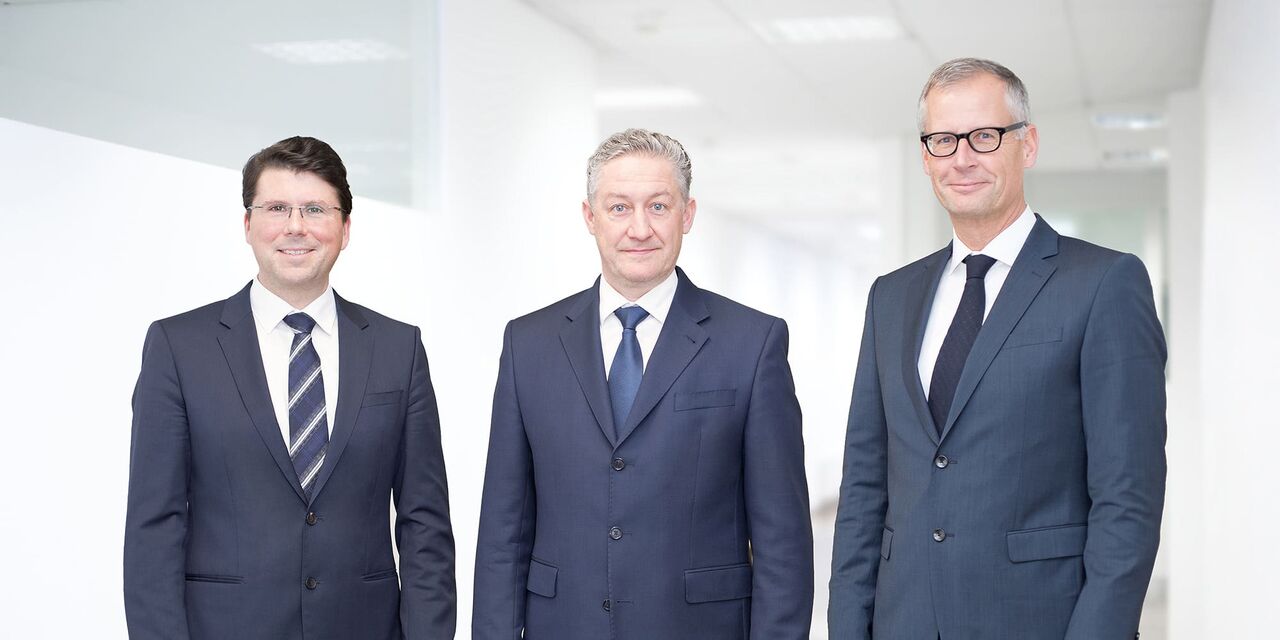 The new Executive Board of Wirthwein AG as of January 1, 2021: Dr. Ralf Zander (Finance), Marcus Wirthwein (Sales and Spokesman of the Executive Board) and Holm Riepenhausen (Technology). (from left)

Creglingen. Following the appointment of Dr. Ralf Zander as Chief Financial Officer as of July 1, 2020, there will be further changes in the Executive Board of Wirthwein AG at the upcoming turn of the year. Present Chief Technical Officer Marcus Wirthwein will assume responsibility for the sales sector, which his brother Frank Wirthwein has been responsible for up to now. The international business economist Frank Wirthwein will leave the Executive Board of Wirthwein AG as of 2020-12-31 and will assume responsibility for "Wirthwein Interior". Dipl.-Ing. Holm Riepenhausen will be appointed Chief Technical Officer.

Also on behalf of the entire Supervisory Board, the Chairman of the Supervisory Board, Udo Wirthwein, offers his thanks to his son Frank for his successful and untiring commitment as manager of Wirthwein AG with its approximately 2,500 employees since 2010. During this time, he together with the entire Executive Board has played a decisive role in establishing further business fields for the Group and positively developing acquisitions of associated companies.

The future Chief Technical Officer of Wirthwein AG studied mechanical engineering at TU Darmstadt. Directly after his studies, the graduate engineer changed over to the plastics processing industry, where he has been working continuously for more than 28 years in various, always responsible positions at the same company in the automotive supplier industry - most recently as a member of the Automotive Executive Board, in which he was responsible for development. Thus, the 55-year-old Holm Riepenhausen provides optimum prerequisites for the long-term orientation of the Wirthwein family business - while at the same time allowing the company to react flexibly to constantly changing market conditions with ever new technical innovations.

Holm Riepenhausen will assume his new position as Chief Technical Officer of Wirthwein AG on January 1, 2021. Together with CFO Dr. Ralf Zander, Marcus Wirthwein is looking forward to the cooperation and welcomes Holm Riepenhausen on behalf of all employees.