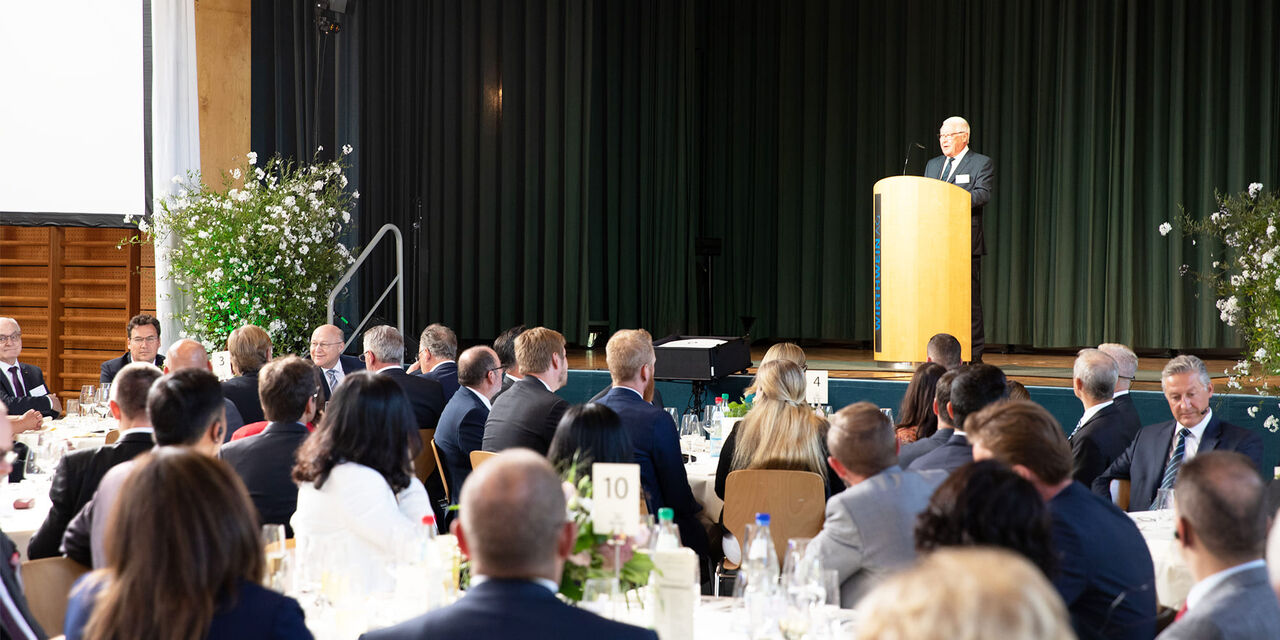 Here you can download our anniversary publication as PDF file

Creglingen. 70 years ago in the basement of his house, Walter Wirthwein laid the foundation for the globally active Wirthwein-Group. On 19 September 2019 the family-run enterprise celebrated its success story and its 70th anniversary.

At the beginning of the ceremonial act, the Wirthwein family received their around 400 guests with champagne, among them employees from Creglingen and delegations of the Wirthwein sites from all over world, customers, suppliers, and representatives from politics and society. SWR studio manager Ulrike Hagenbuch opened the event before Udo Wirthwein rose to speak and welcome the guests officially. It was him who has developed the company into what it is today which is why this day was taken as an occasion to celebrate his lifework. In 1978 he followed in his father’s footsteps, took over management and developed the company into a globally active group of companies with currently 3,650 employees at 22 sites around the world.

In 2013 Udo Wirthwein passed the operative responsibility to the present members of the executive board Marcus and Frank Wirthwein and Rainer Zepke to take the chair of the Supervisory Board. In the meantime, the company is managed by the third generation.

The three members of the executive board also took the opportunity to welcome all guests, inform of the company history as well as current topics and give an outlook concerning the future orientation of the Wirthwein-Group.

The festive stage program included a sand painter, a bubble artist, the ‘moon dancers‘ from Tanzvilla Creglingen as well as singer Kerstin Heiles with piano player Christoph Pauli. The two latter entertained the audience with a mixture of musical finesse and a charismatic show. The program was closed by a performance of the renowned hippo lady Amanda with her partner Sebastian Reich. Amanda tried to apply for a job with Wirthwein unconventionally and raised roaring laughter. Also the contributions of the different Wirthwein sites got down very well with the audience. By means of video messages colleagues from different sites sent their creative and jokey greetings and congratulations to the headquarters while the respective present plant managers completed a wooden puzzle lettering “Wir sind Wirthwein”. The new corporate film thereafter celebrated its premiere.

Marcus and Frank Wirthwein stirred up emotions when saying ‘thank you’ to their parents for all their accomplishments. Udo Wirthwein who felt deeply touched said that “that has been one of the most beautiful moments in the 70 years of company existence”, whereupon the guests answered with standing ovations.

André Beetz and his team from Lightning Veranstaltungstechnik did a great job in taking care of the technical features, such as sound and light. We would also like to express our sincere thanks to all the others who have helped to make the event so successful! 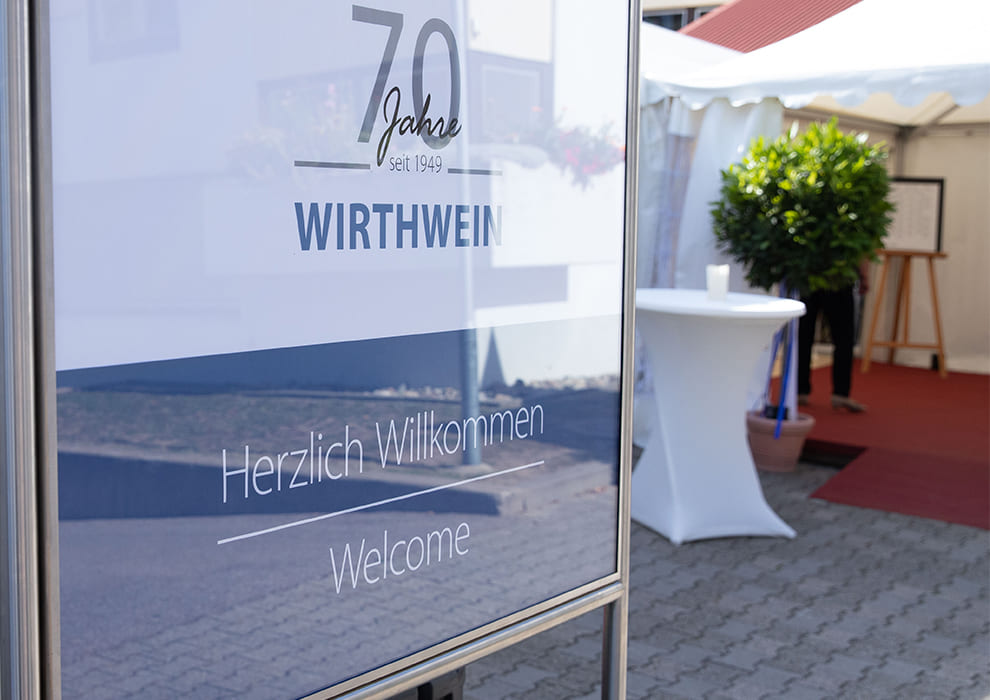 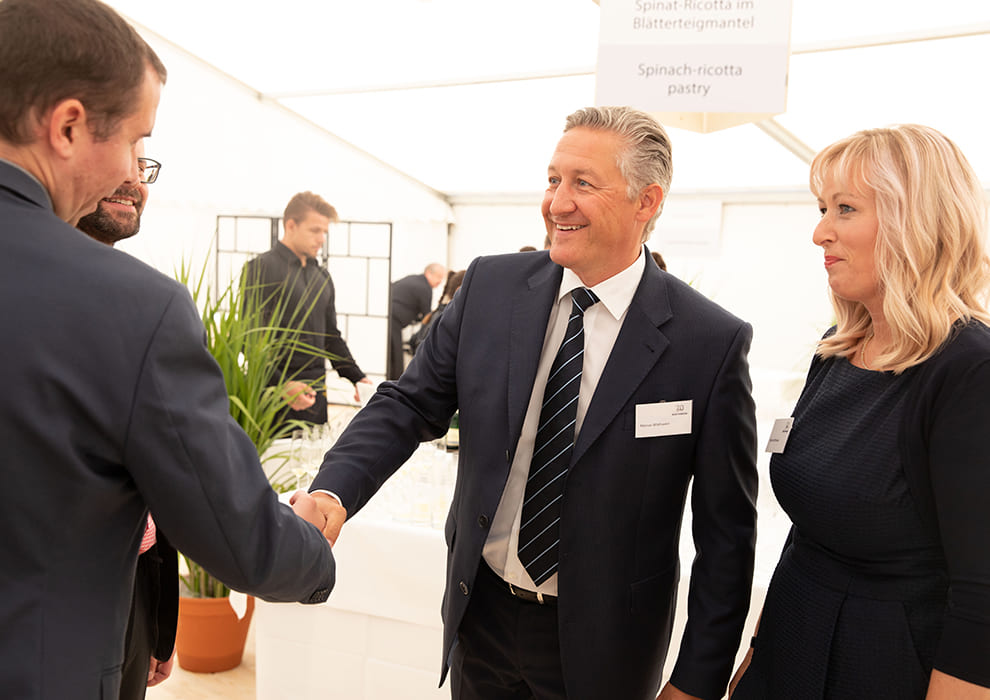 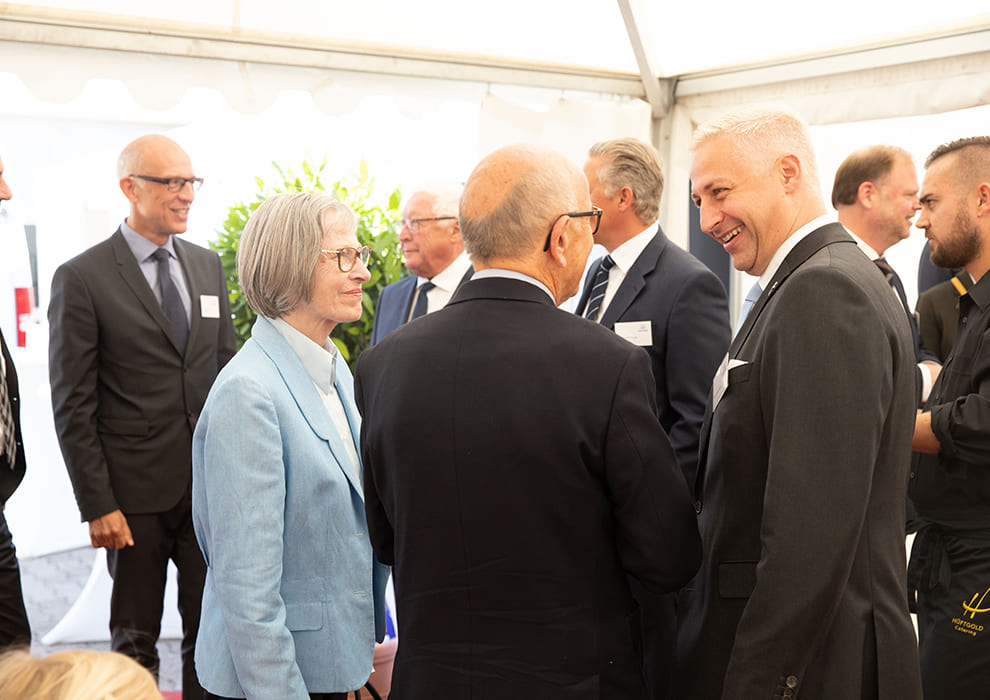 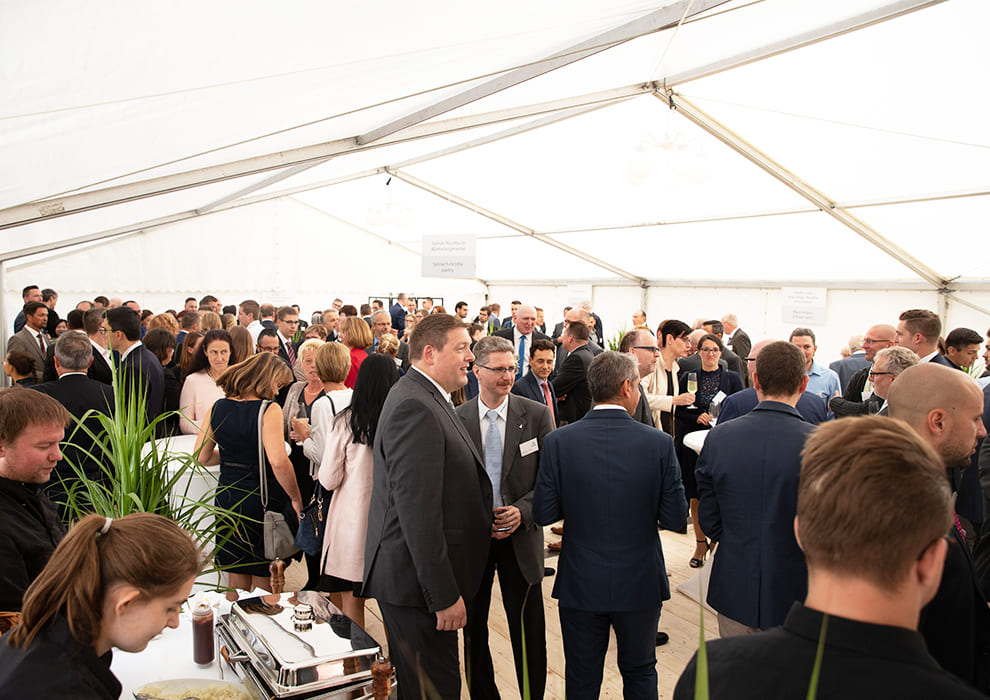 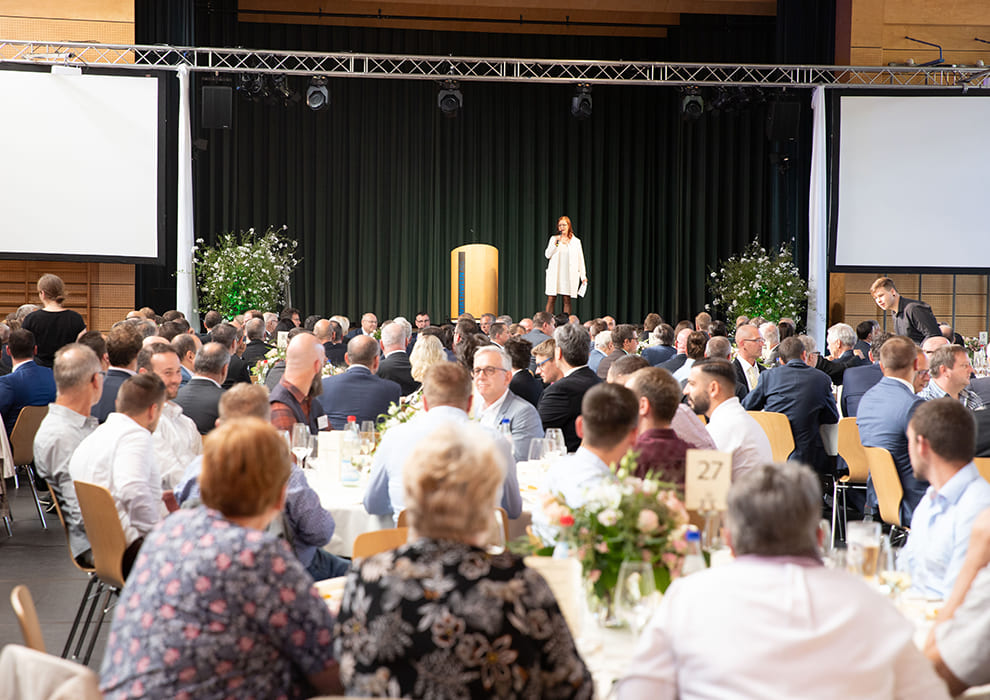 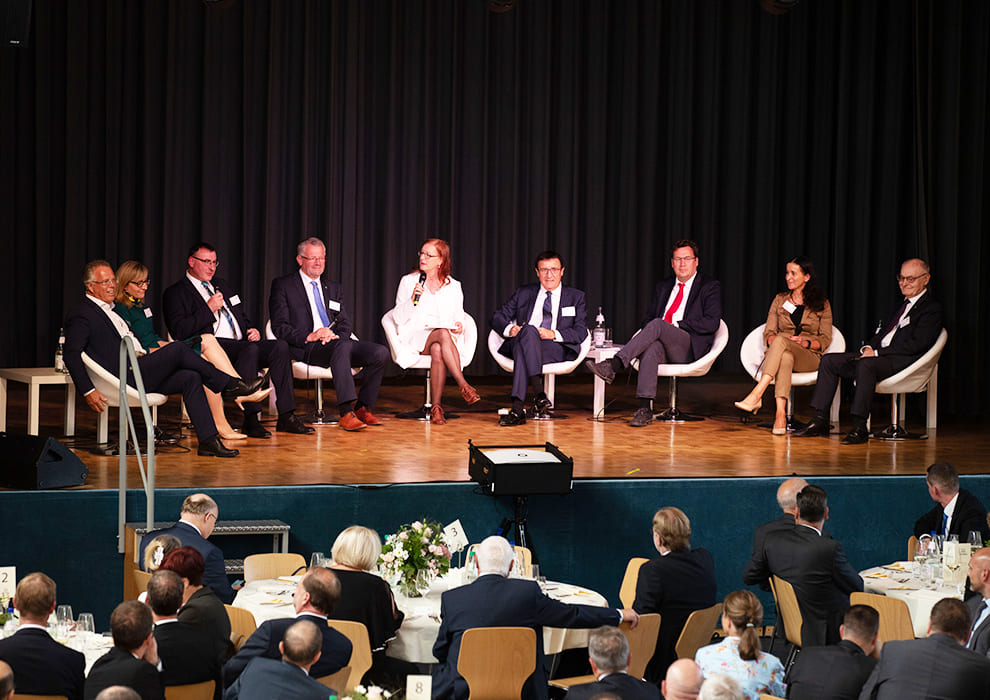 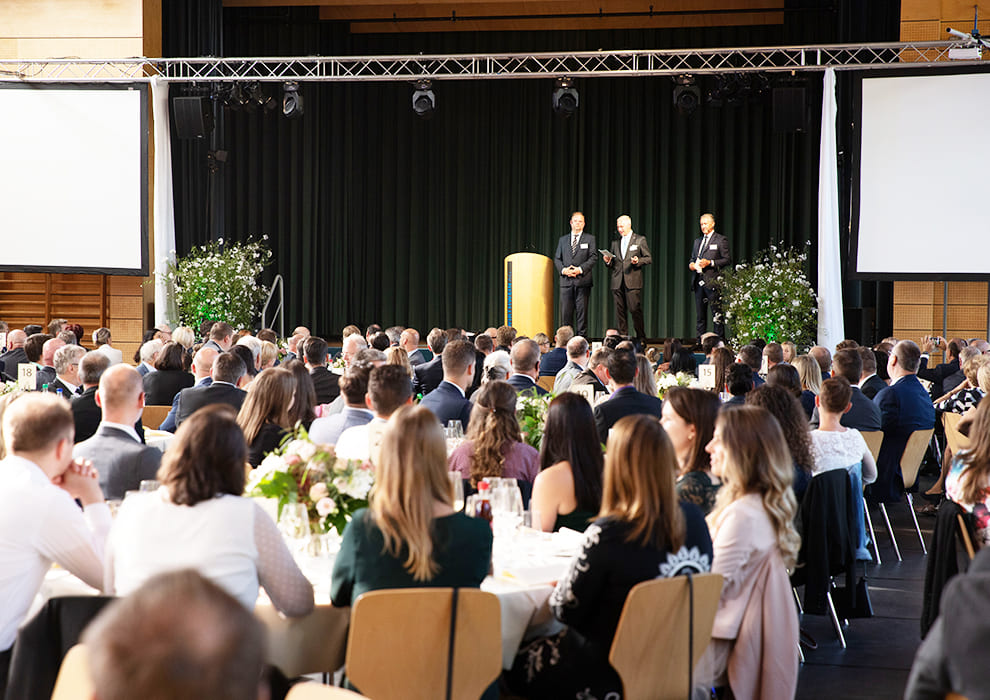 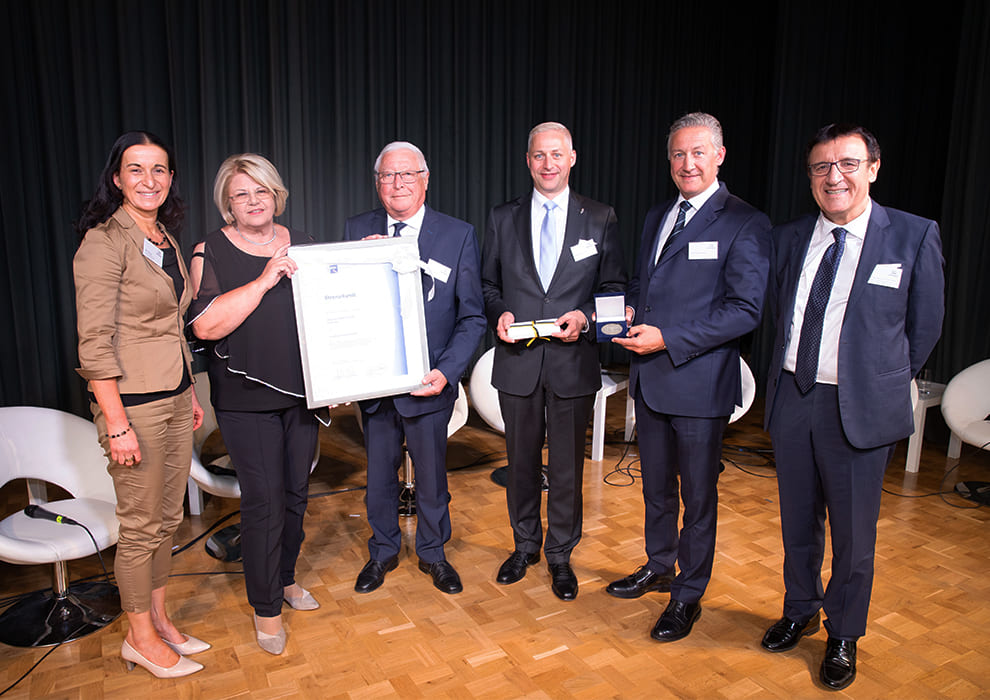 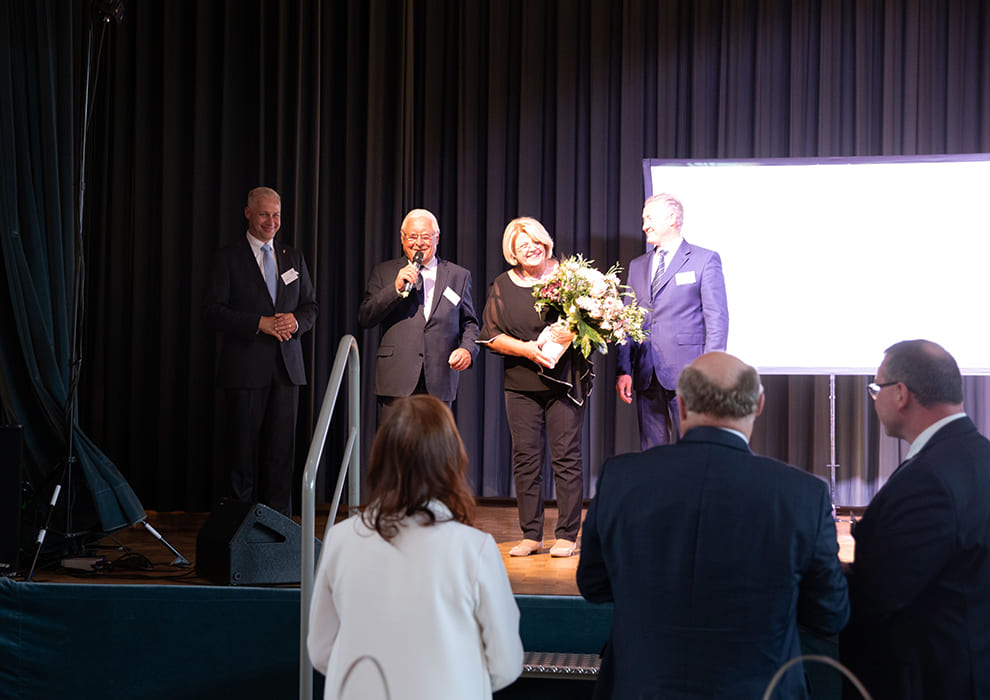 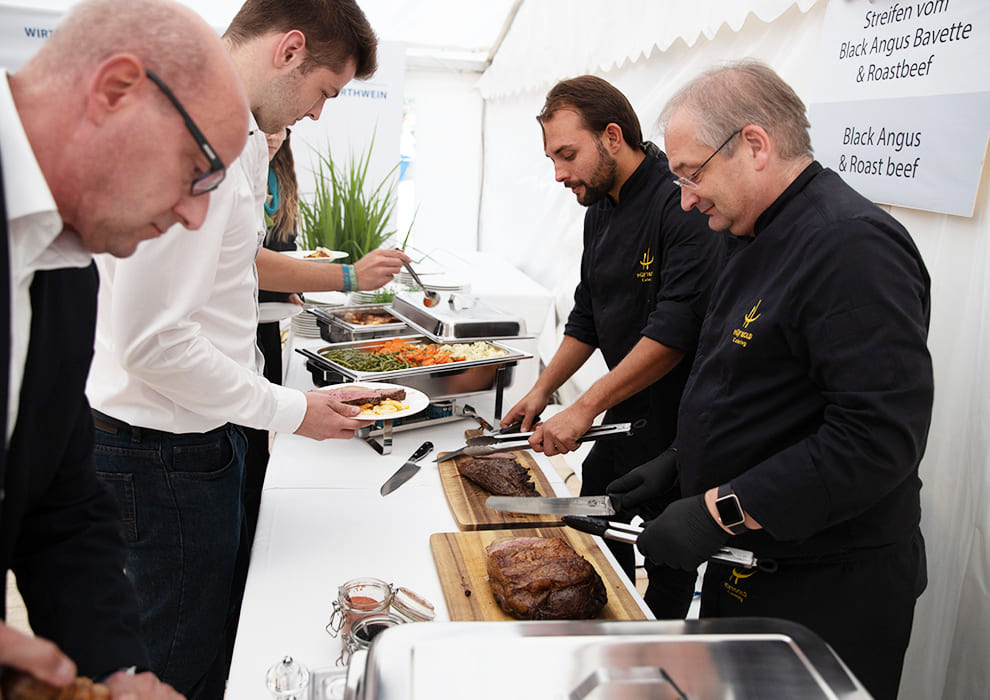 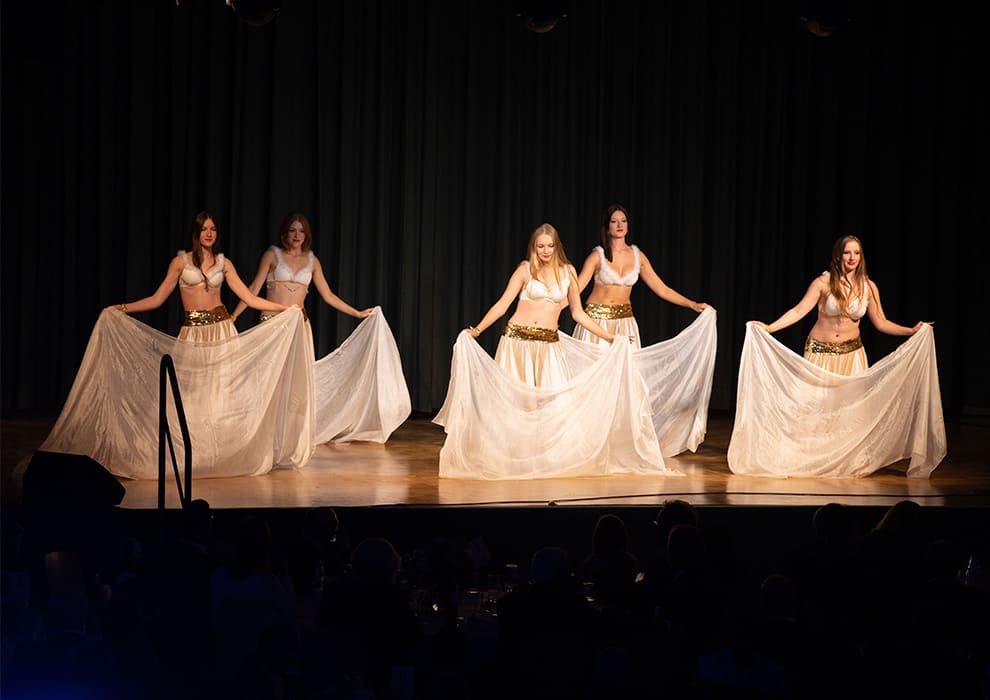 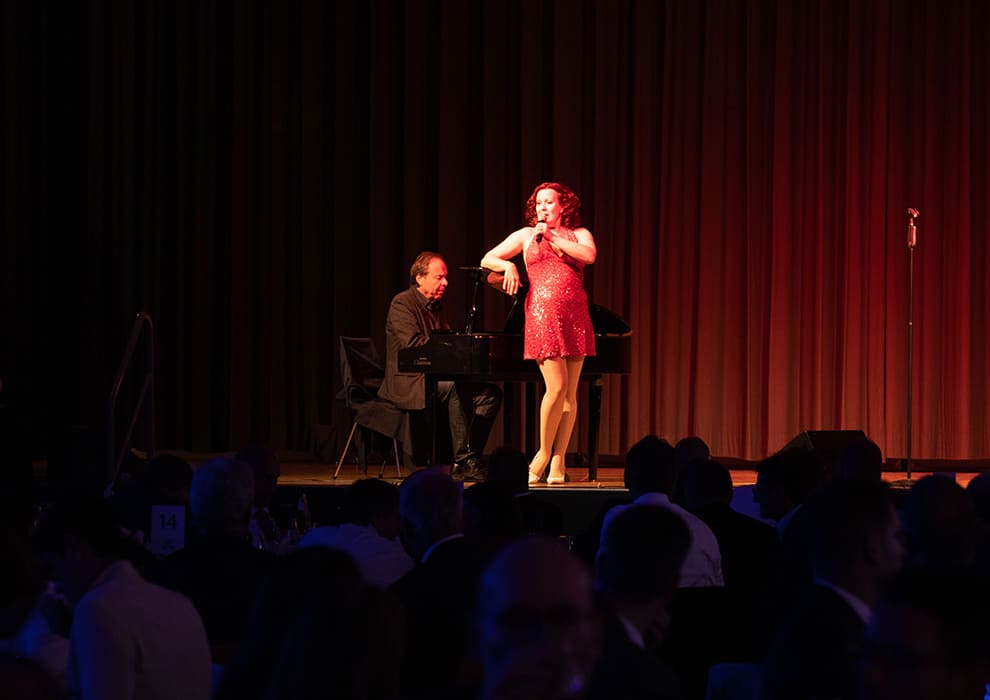 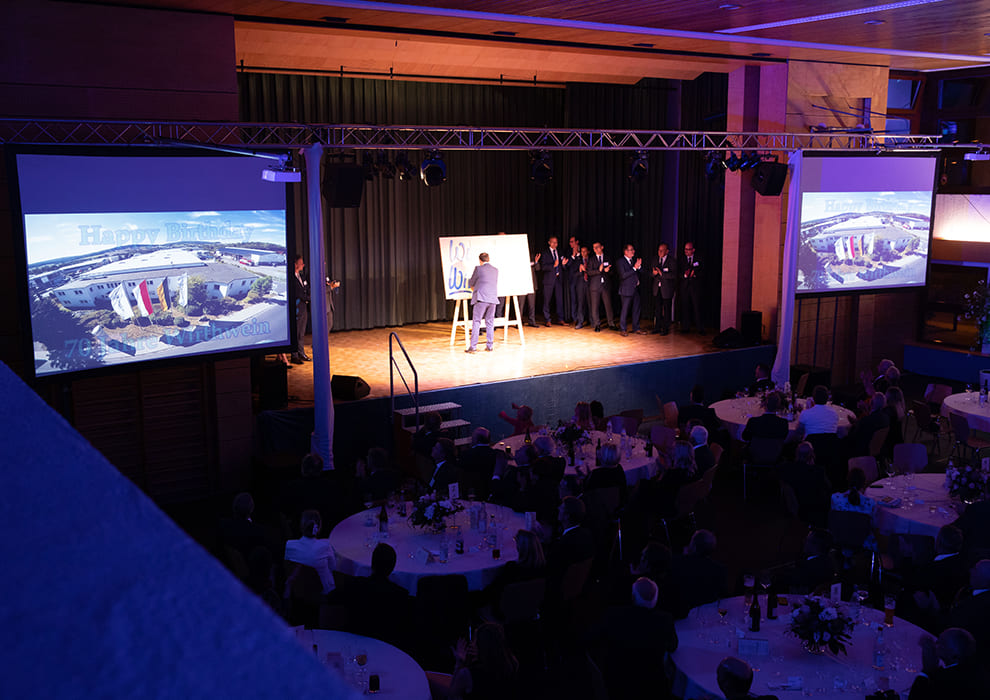 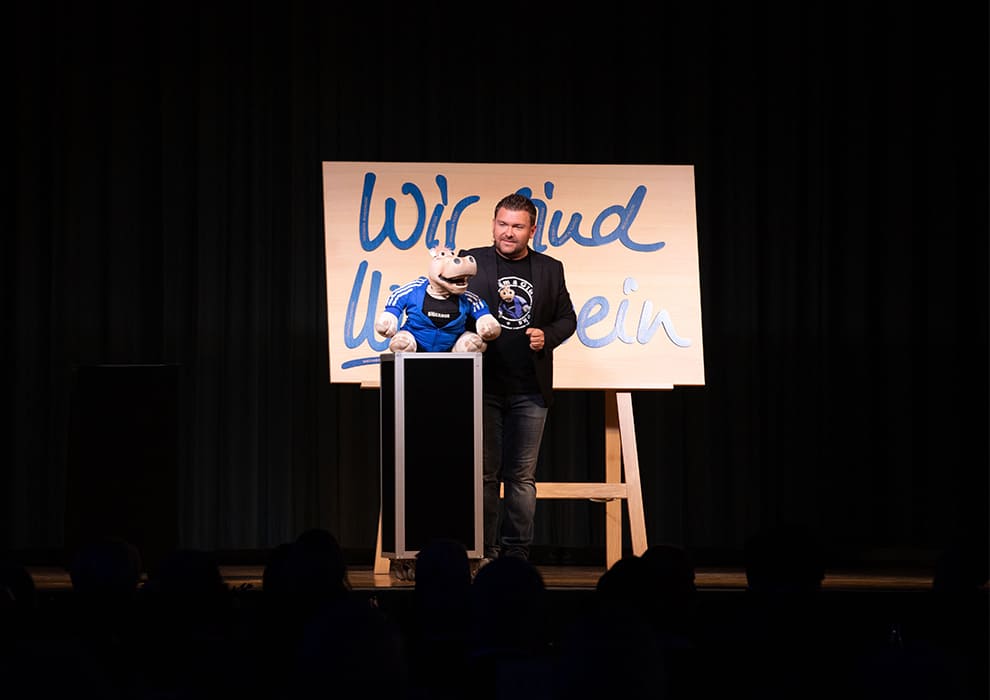 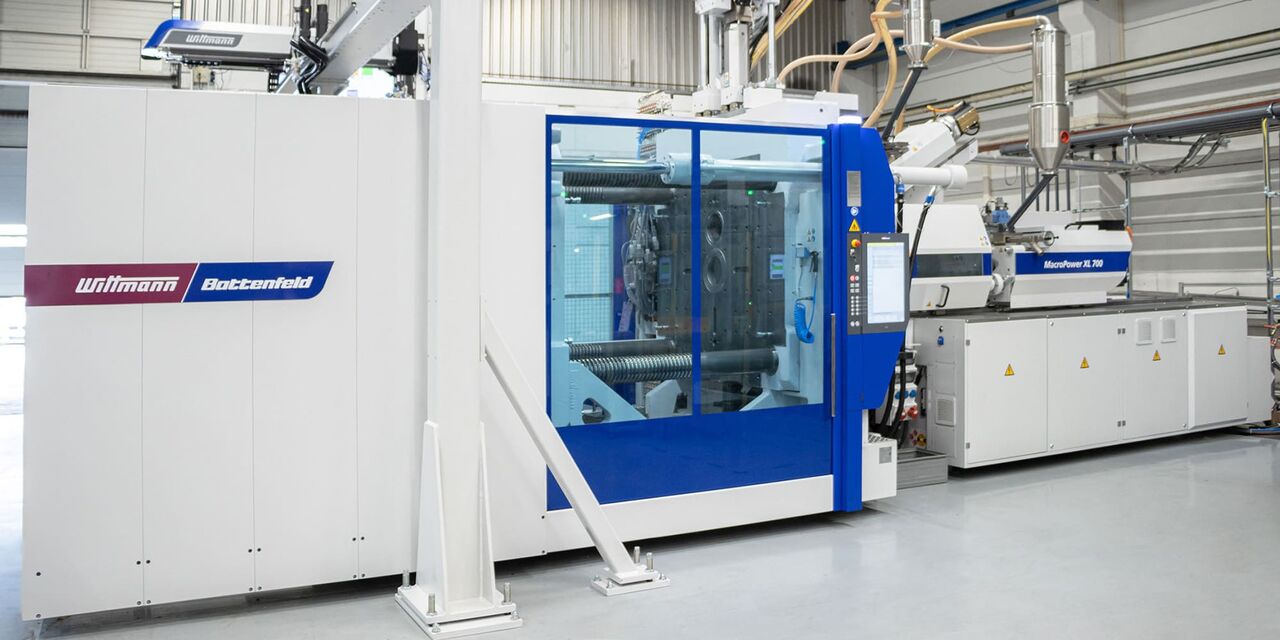 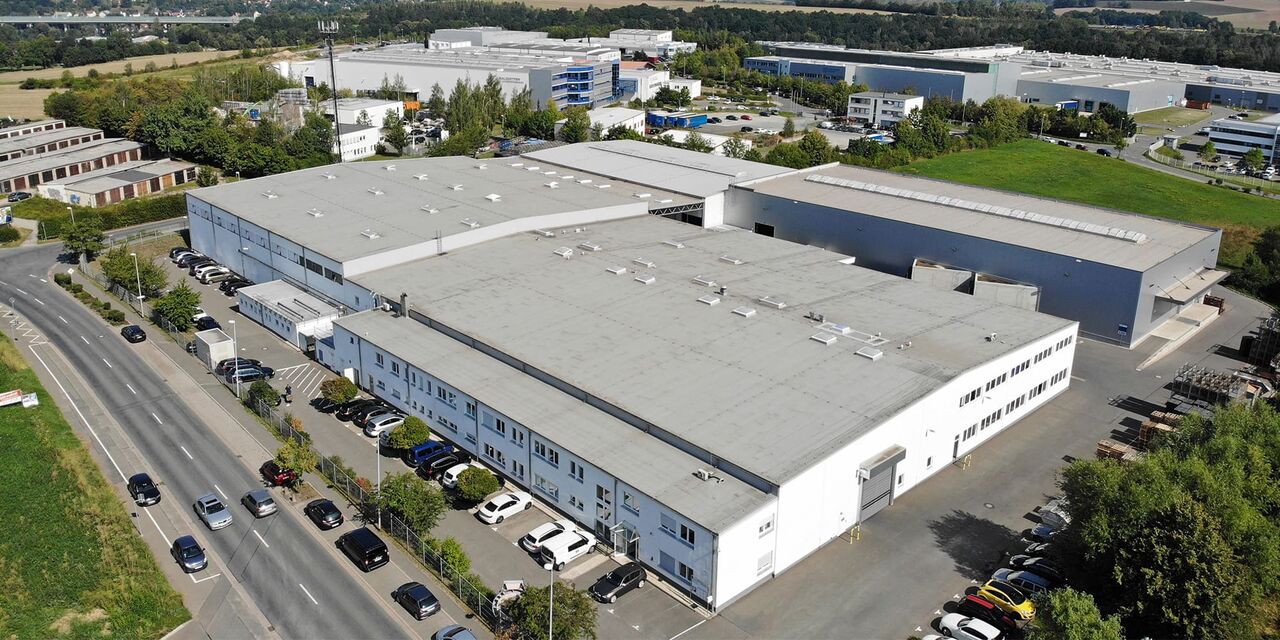